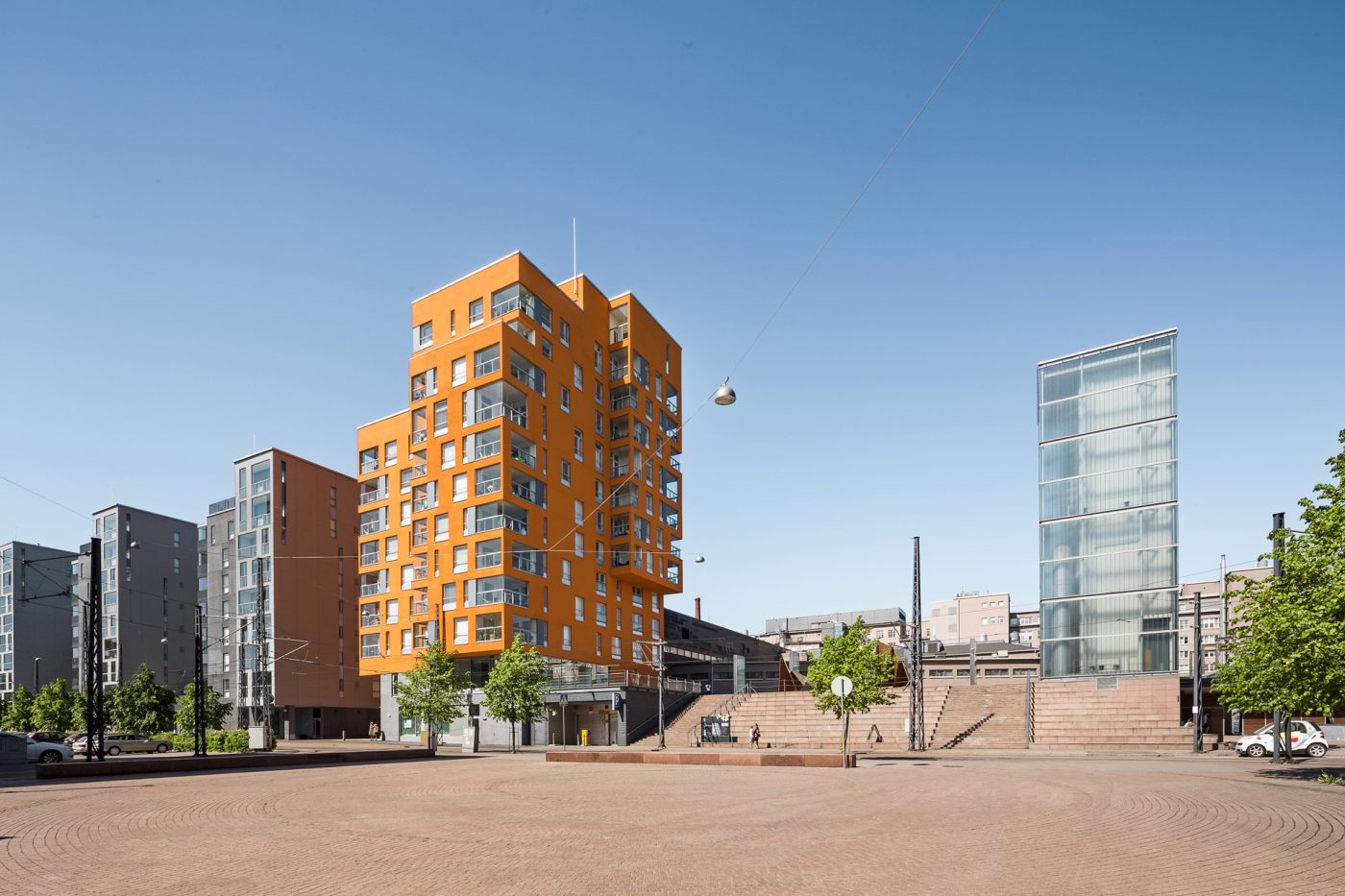 Portaali III is the last part to complete the Arabianranta neighbourhood. It is situated right at the heart of the old factory and design block, acting as the core of the whole new city district. The design phase started already at 90’s, when the site was planned to be develop as a business park. After completing the first buildings the rest of the plots were replanned for housing. As a result the design block is now a rich living hybrid with design schools, offices, stores and housing. The former site of an office building is now 13 stories high housing tower right next to the Kaj Frank Square.

The material (plaster) connects the building to the surrounding historical context and underlines the sculptural form integrating the new layer to the existing street facade. The color is also a continuum from neighboring ‘Portaali Apartments’, where the accent colors are related to porcelain colors made in the Arabia factory.

The two lowest floors are connected to public pedestrian areas and used mainly as commercial spaces. The project also added a new public staircase and lift between these areas. The upper floors are for housing, mainly smallish rental apartments, and on the top floor there area communal spaces and saunas. The roofs are mainly used as terraces and tenants can also use the neighboring yards thanks to the Arabianranta common courtyard system. 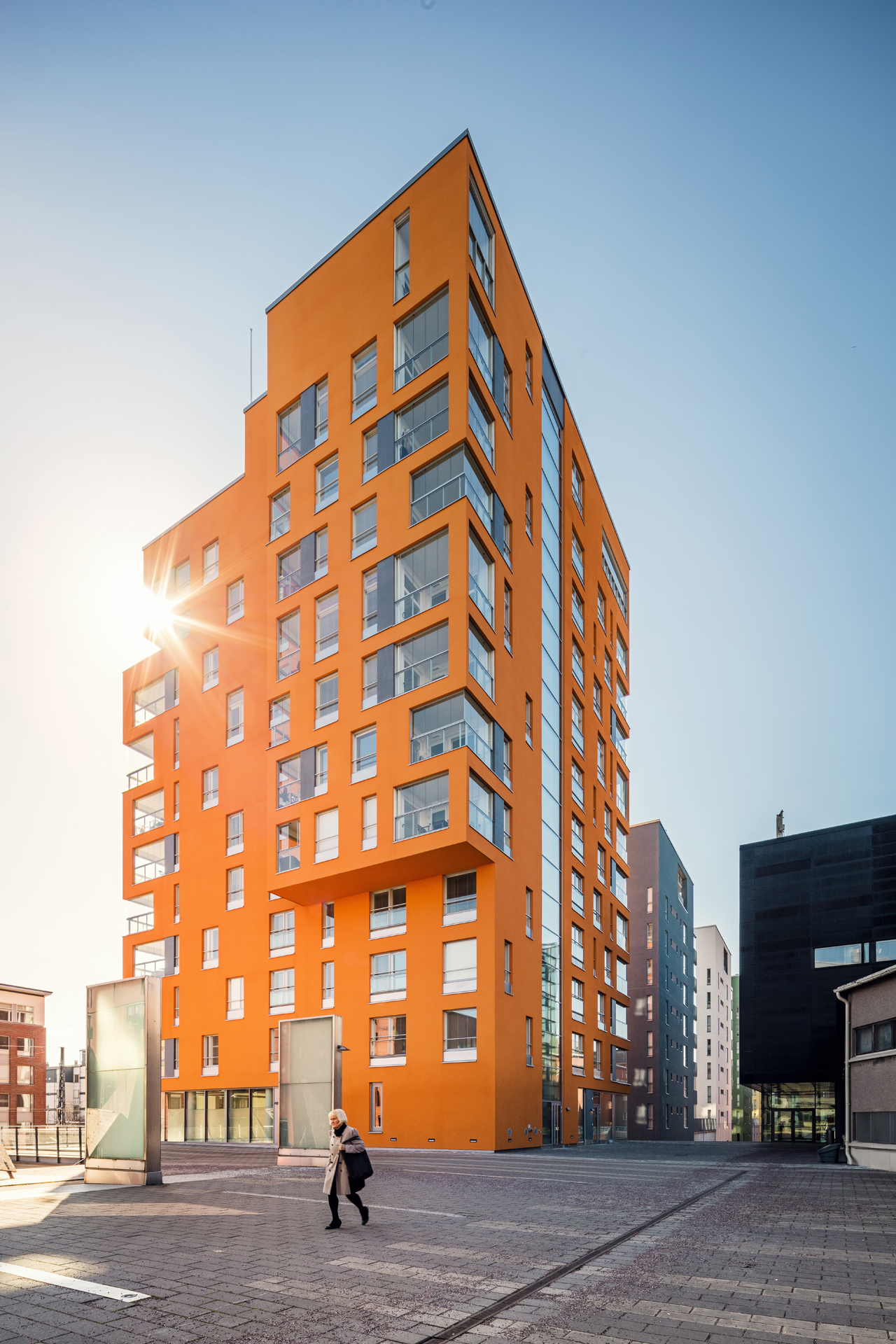 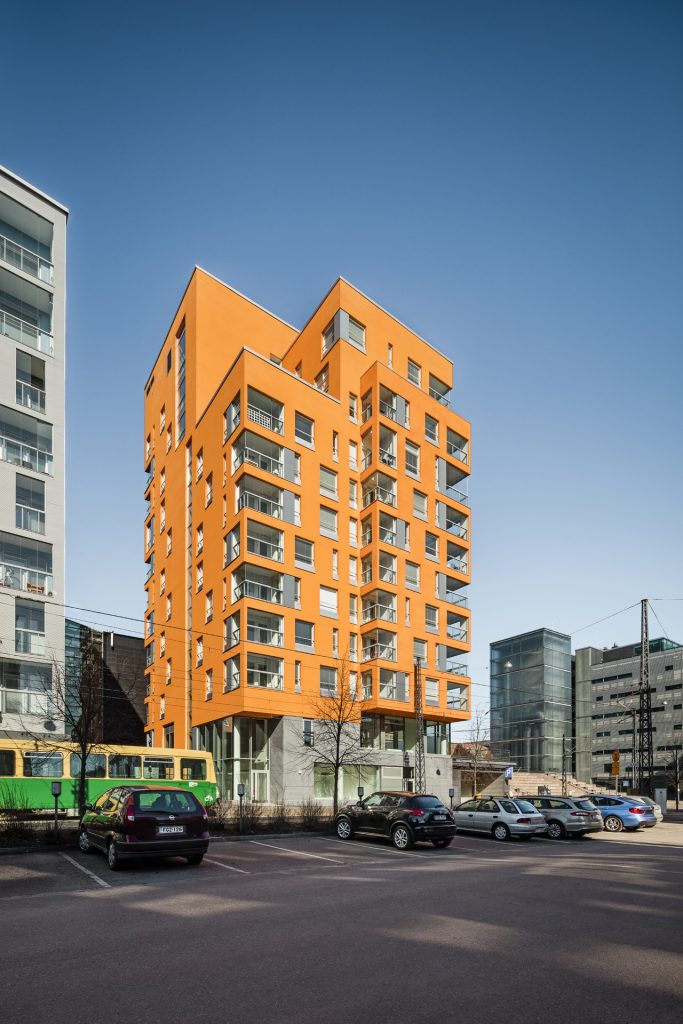 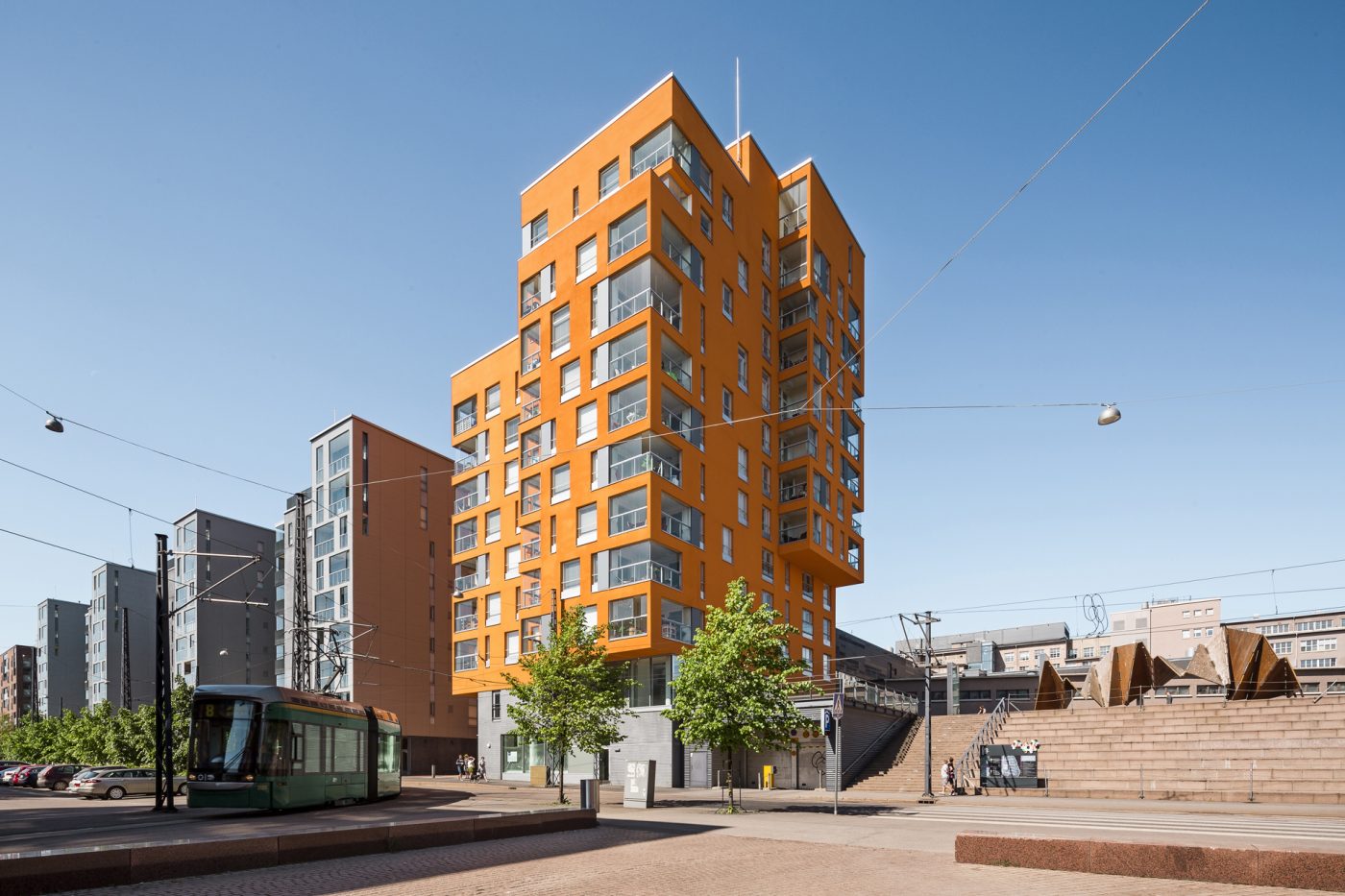 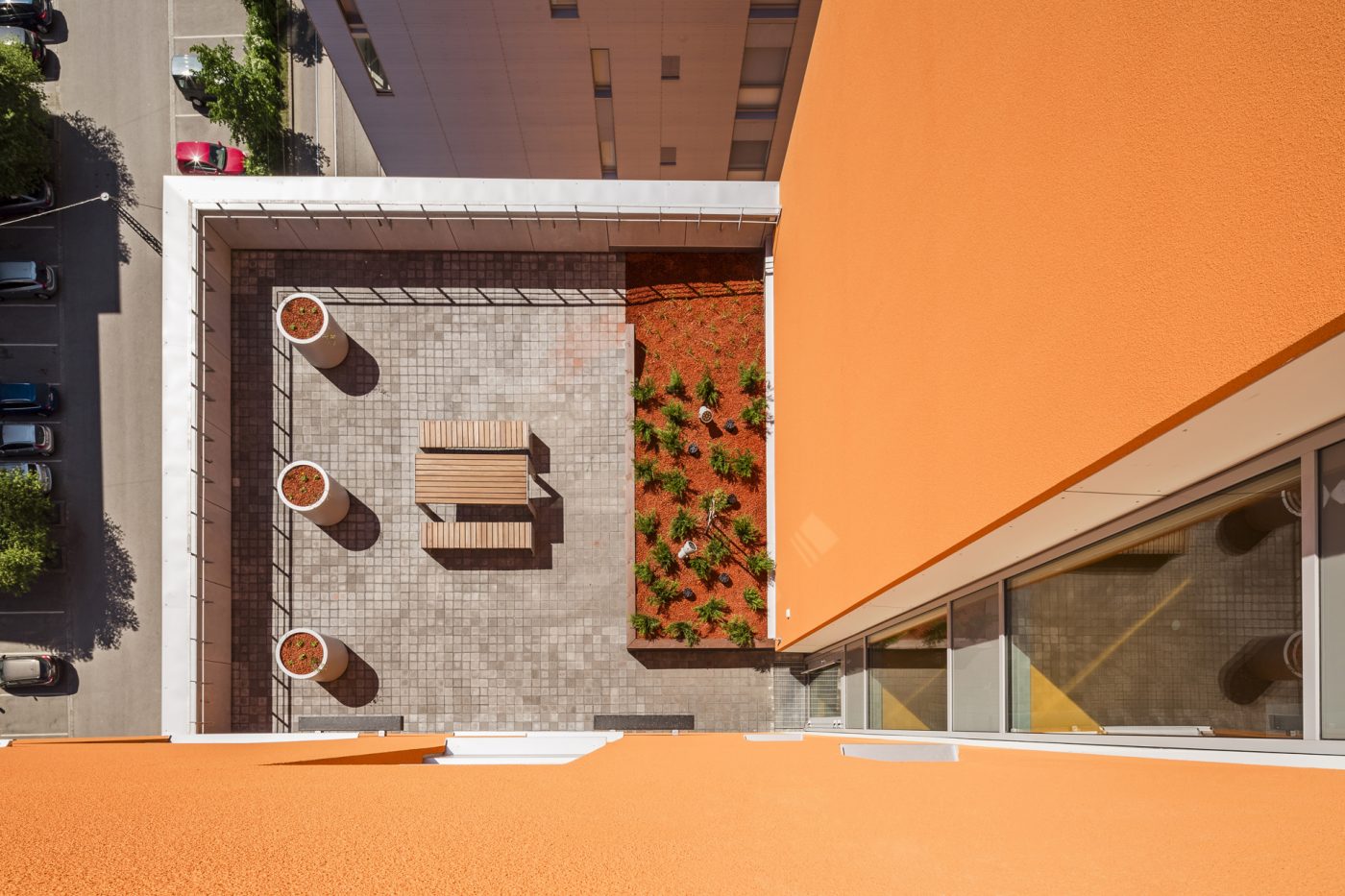 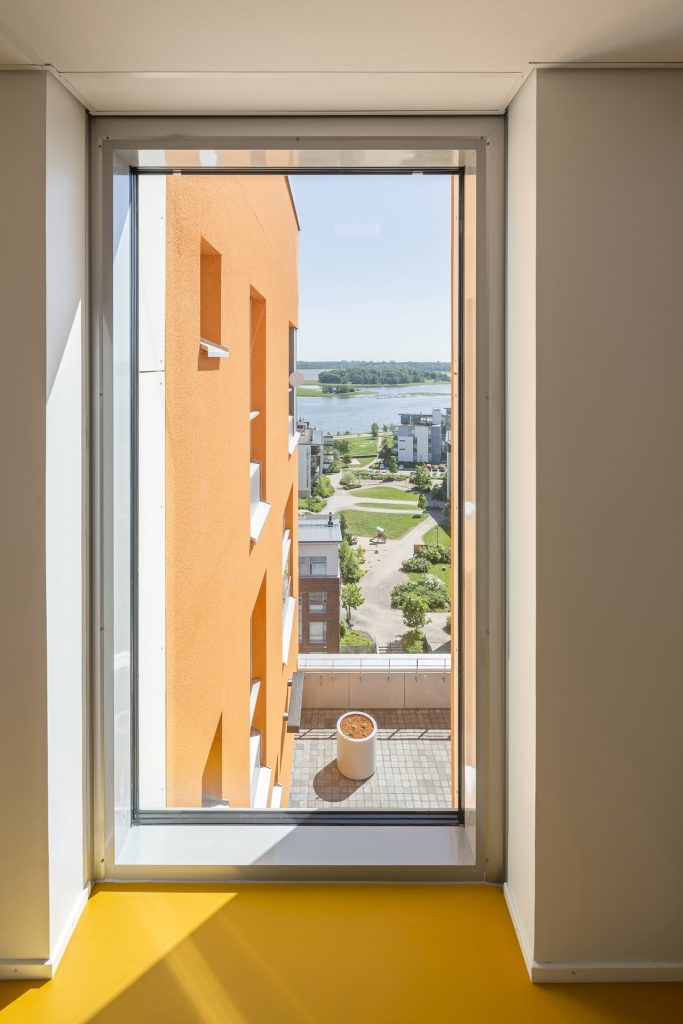 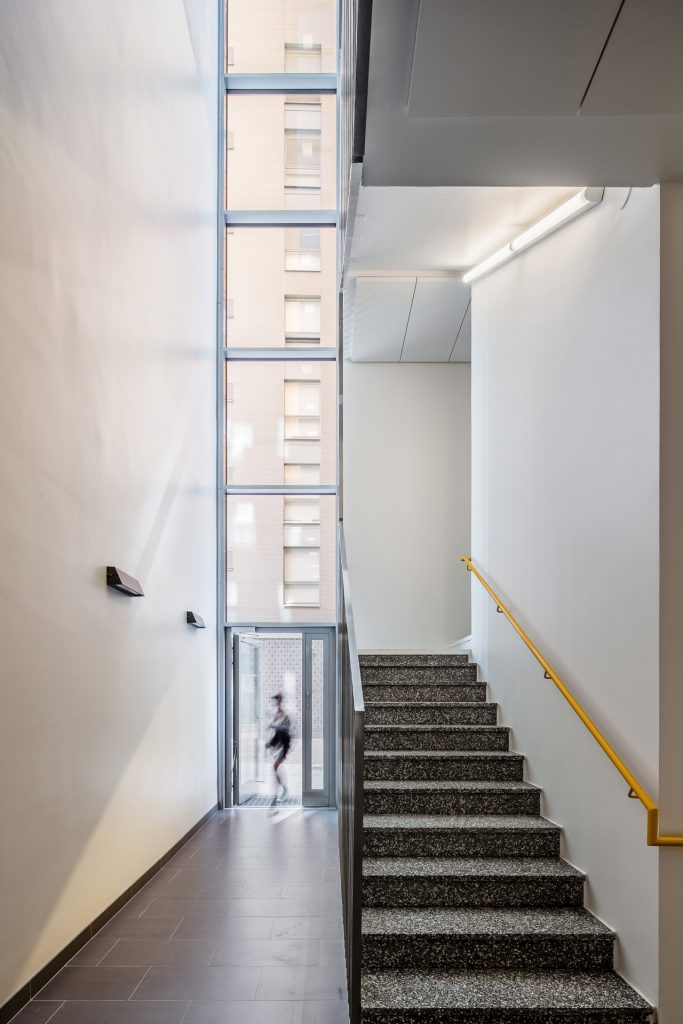 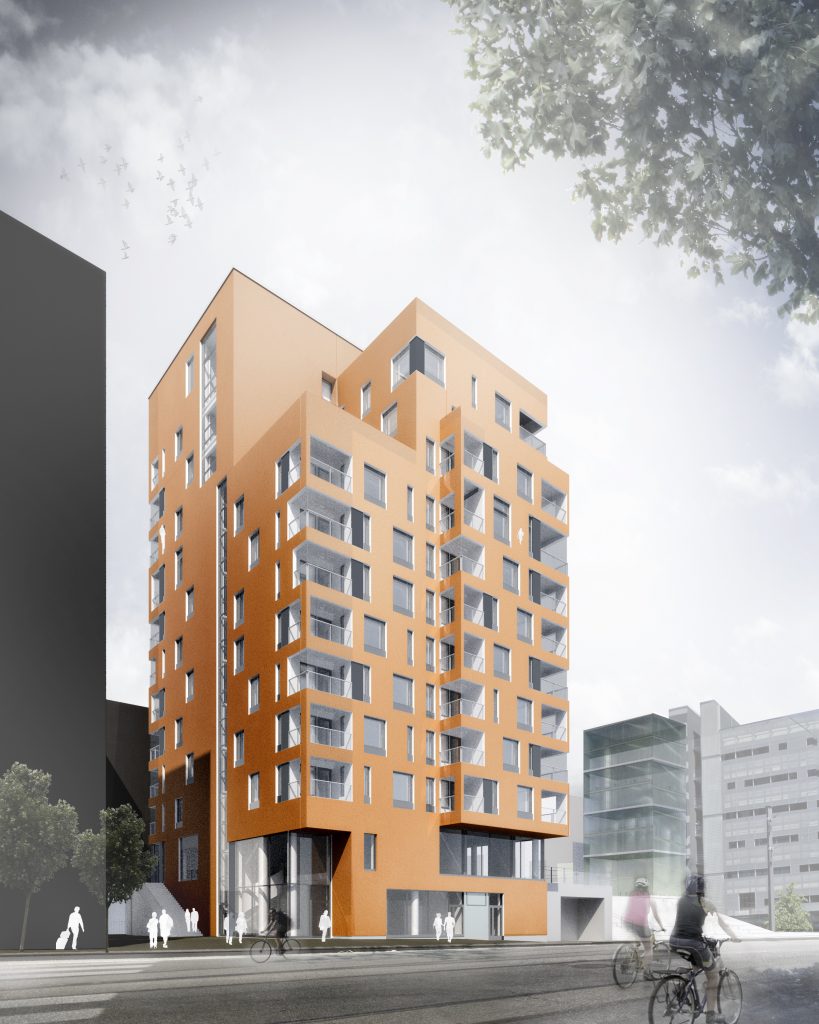 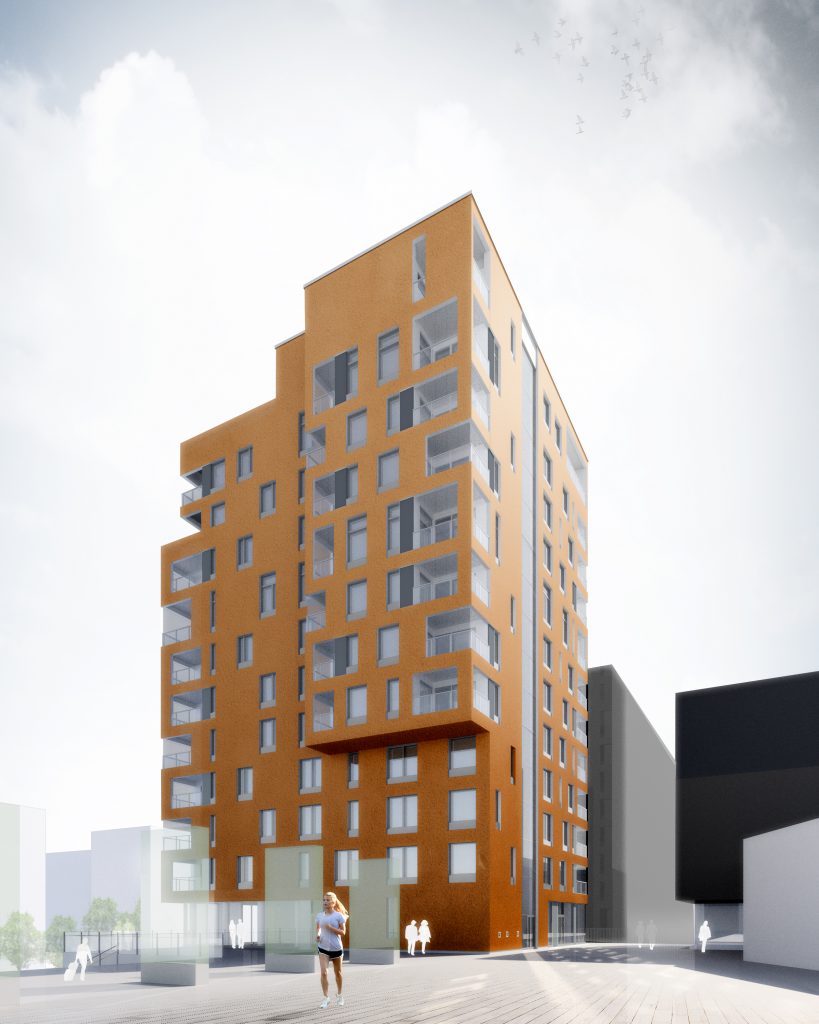 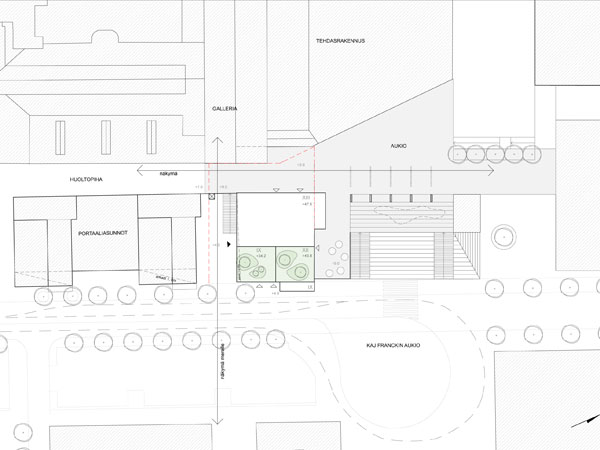 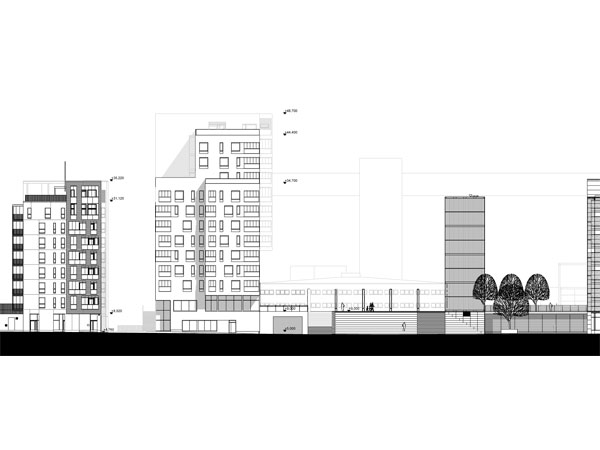 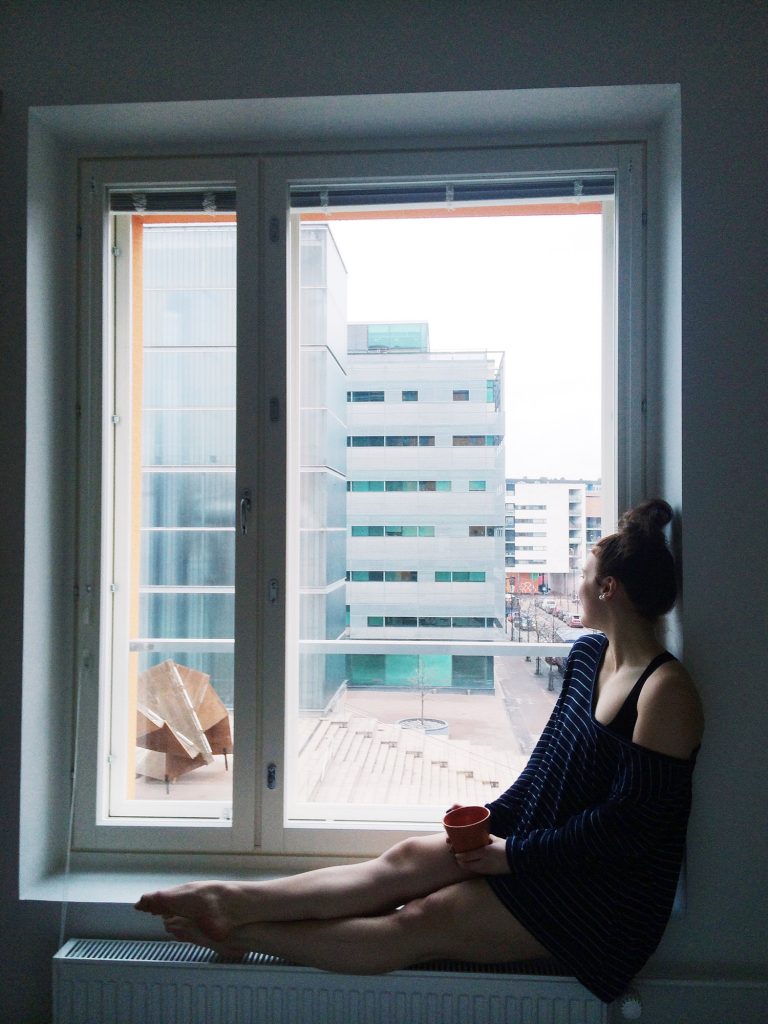 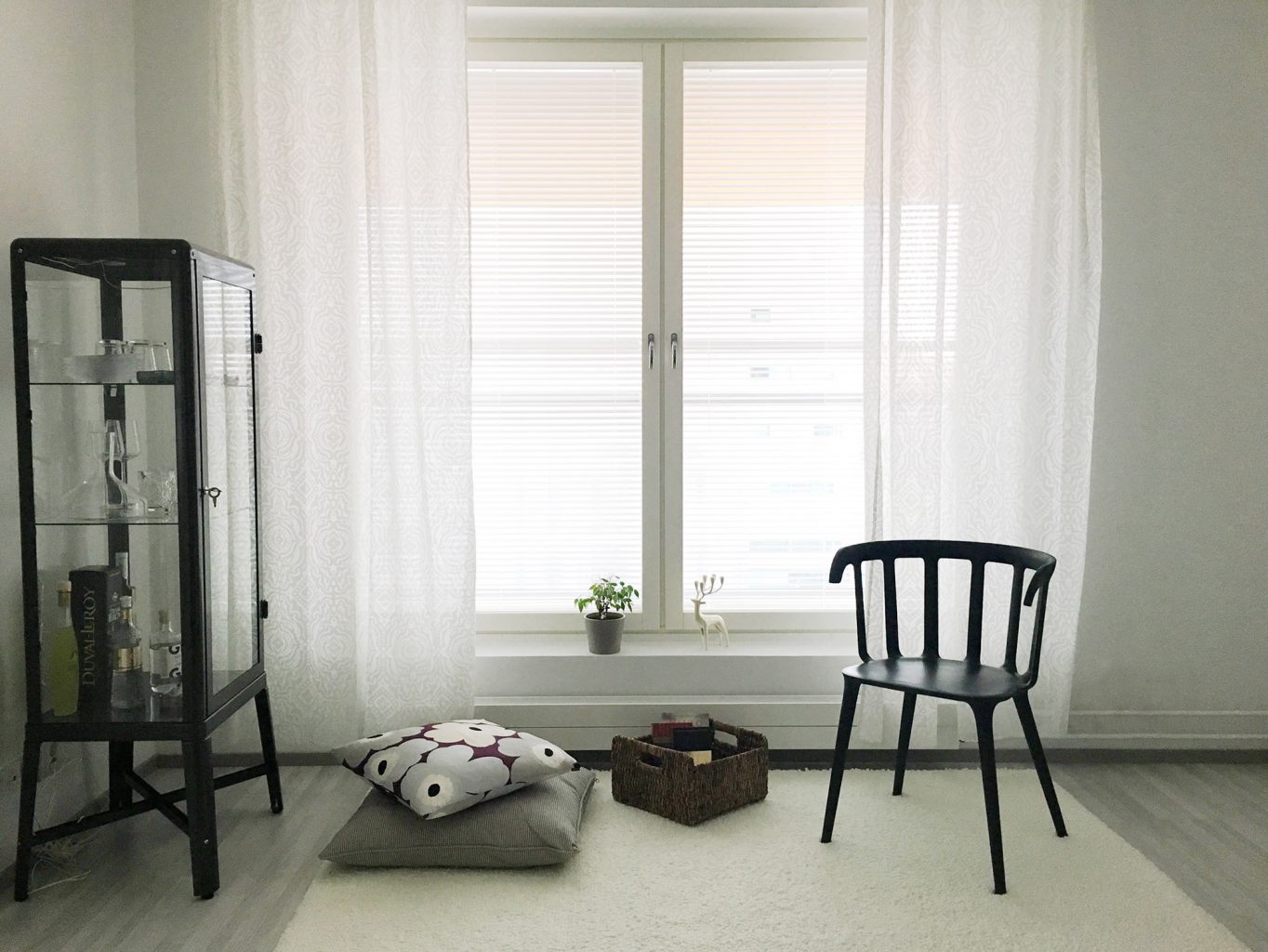 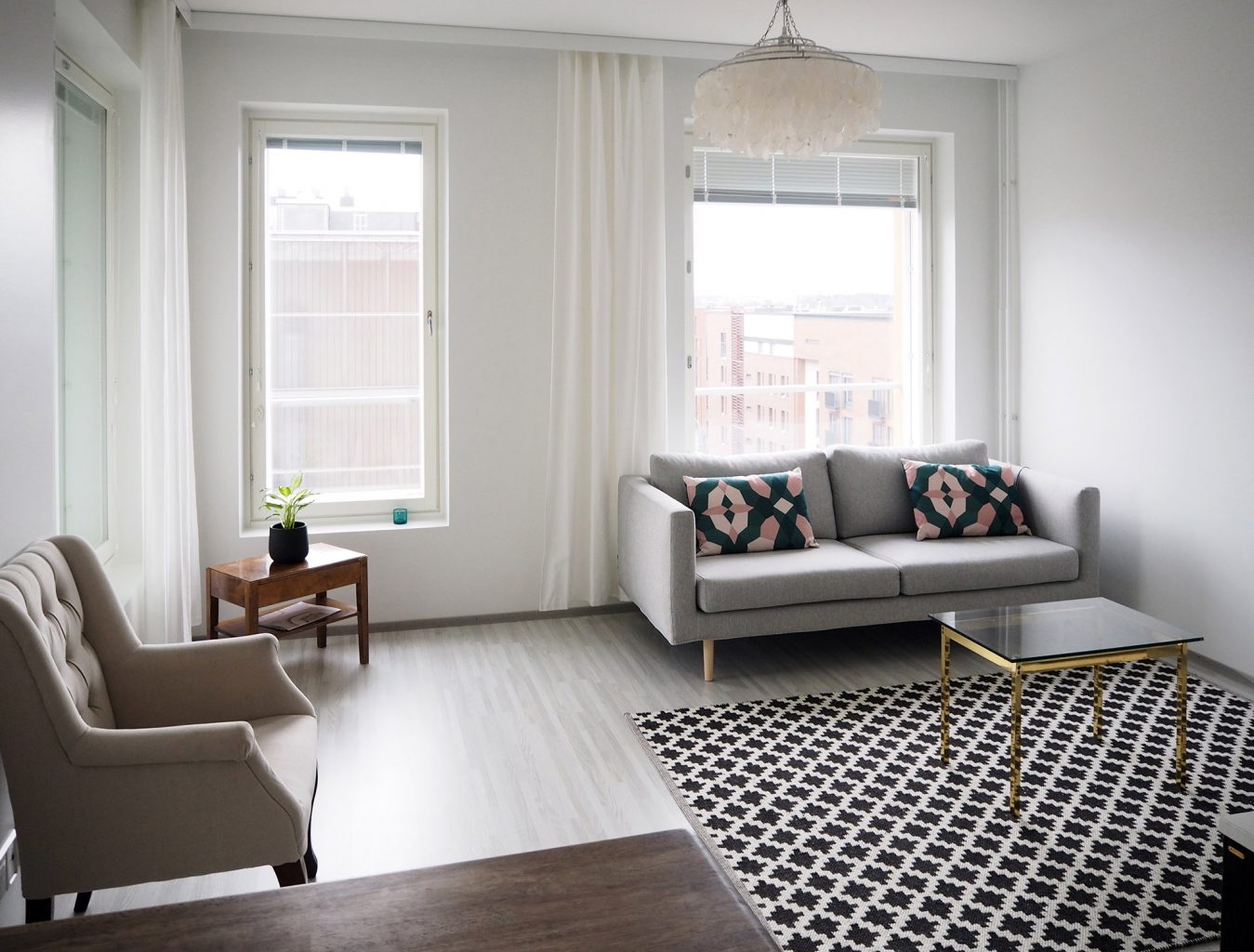 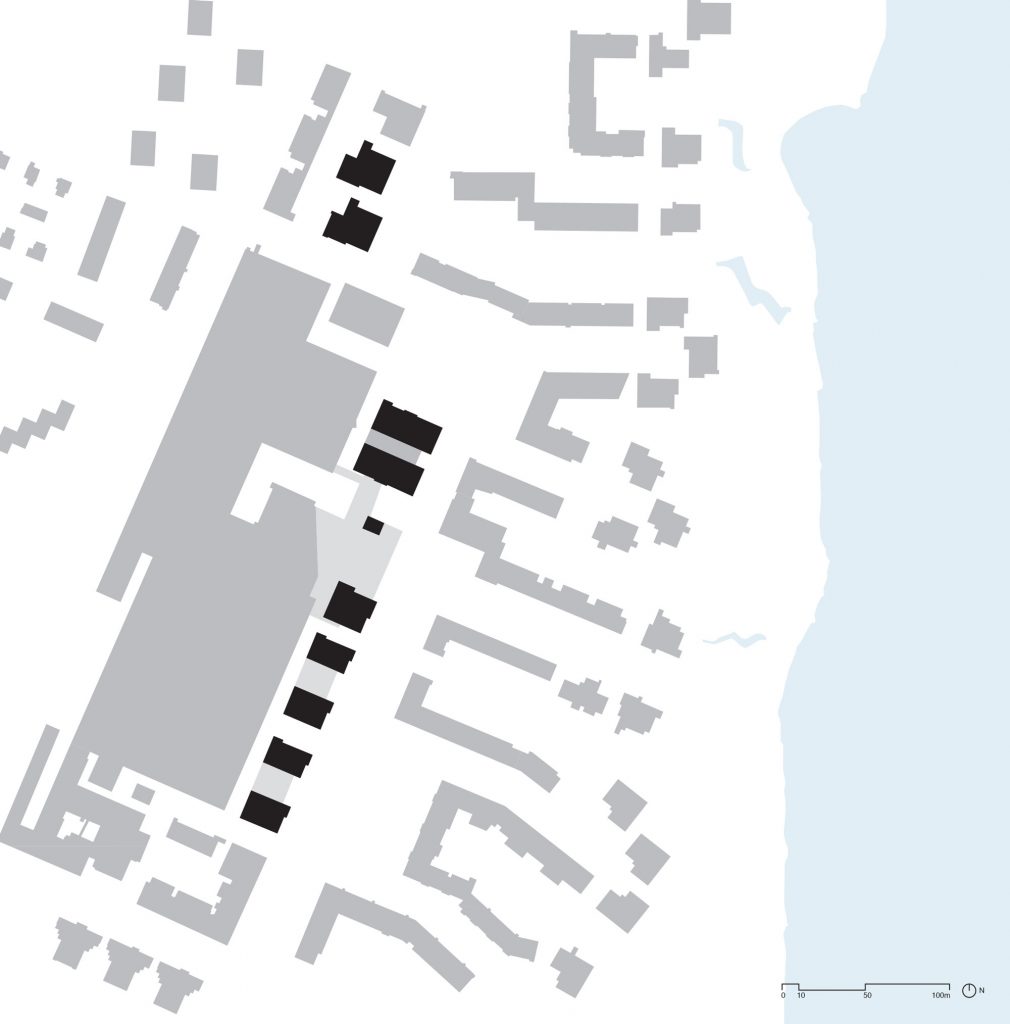 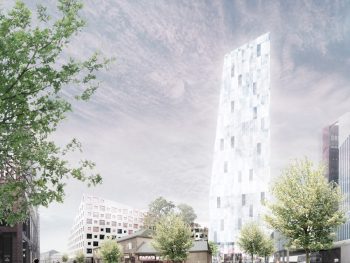 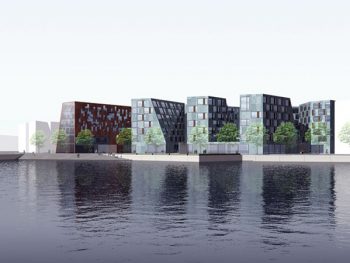 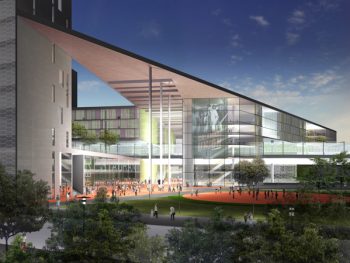 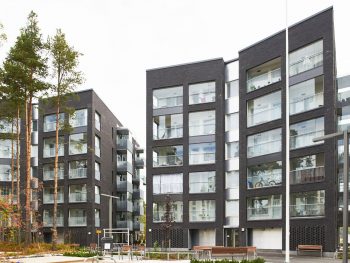 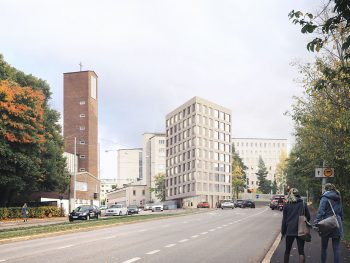 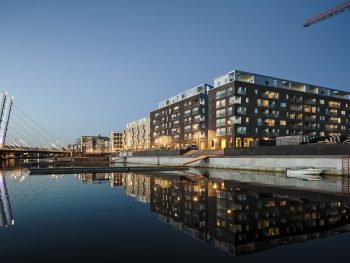 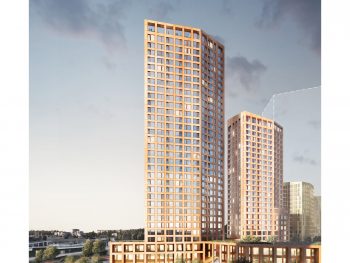 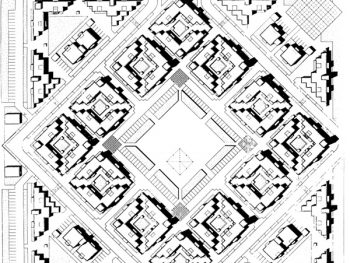 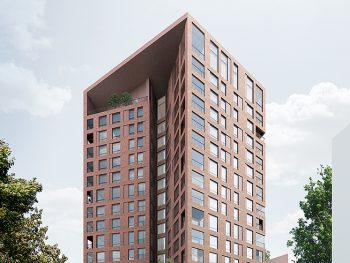